Polio / Infantile Paralysis treatment at Queen Mary's Hospital for Children at Carshalton in Surrey (some of this footage was probably used in Summing Up No 17).

Various shots show nurses helping young children to walk along in a pool. The children have rubber rings around their waists and hold onto ropes strung along the bath. Another boy sits on a couch beside the pool and has his legs massaged by a nurse. A boy with a calliper on his leg is lowered into the pool and walks slowly along. A nurse moves a little girl's legs about in the water. A boy lies back in the water while a nurse rests his leg on a rubber ring.

Several shots of a little girl with a calliper on her leg walks along inside a walking frame on wheels. Small child lies on a hospital bed, crying. Doctor and nurse examine the child's legs and feet and make notes. The girl's legs appear to be limp and lifeless.

M/Ss of two women sitting at desks in a small, messy office and working on typewriters. Probably disabled women, but look like any women office workers. Several shots of girl artists at work in a studio. A disabled woman in a wheelchair paints designs on small tables and chairs. She shows a chair to one of the girls. C/U of the woman. C/U of the girl, painting a picture for children. Another girl paints a little lamb on a stool. Several shots of cute pictures on stools for children.

A female patient lies in hospital bed while nurse adjusts sun-ray lamp over the bed. She picks up the patient's arm and exercises it. She then encourages the patient to move her other hand by herself. Looks very difficult for her.
FILM ID:2547.18 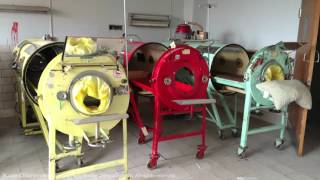 "The Iron Lung and Polio" by Mark Rockoff, MD for OPENPediatrics 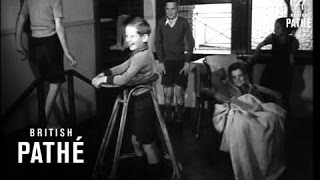 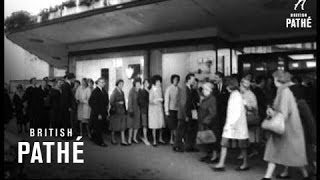 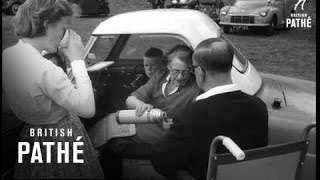 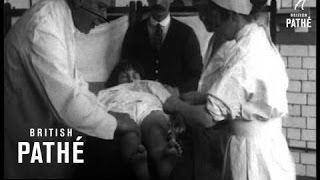 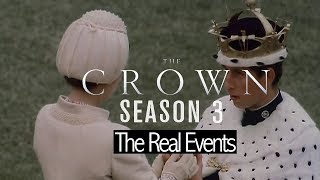 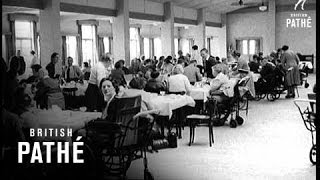 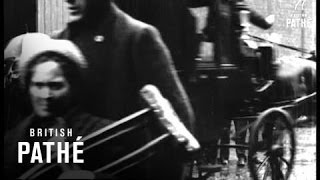 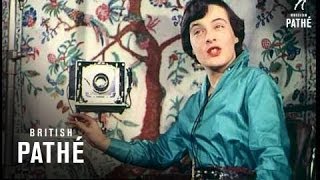